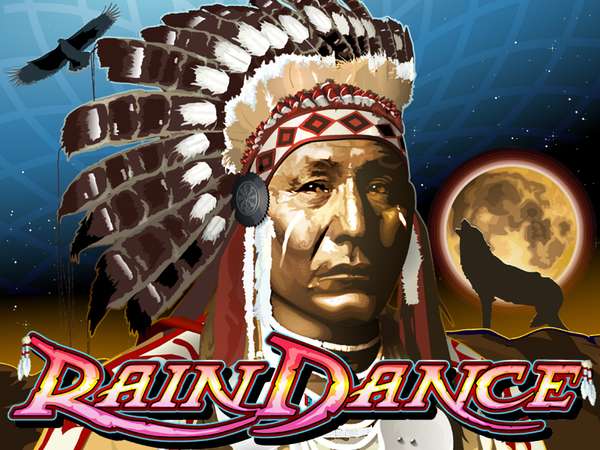 For centuries the native peoples of the American West have called upon spirits to work in their favor. Wishes for favorable weather, a good hunt, or even good luck were offered up to the spirits that rule the winds of chance in prayer, sacrifice, song and dance.

Beat your own drum and stir the lucky spirits to smile upon you in Rain Dance. Seek the wisdom of the chief to bring a windfall of wampum with free games, free spins, and a chance at a prodigious progressive jackpot – it's big medicine

Chief only appears on reels one and five and substitutes for all other symbols including scattered Coyotes. Chiefs' double the prize when one or more appear in a winning combination. A Random Progressive Jackpot can be won at the conclusion of any game. All symbols pay Left to Right except scattered Coyotes, which pay left to right and right to left.