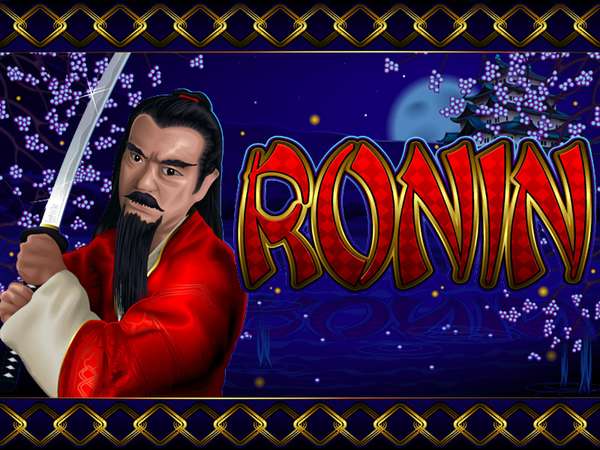 Japanese legend tells of a band of masterless samurai who roamed the countryside as bodyguards and mercenaries for over six centuries. These mysterious warriors, shamed by their masterless existence, became lost – swept away in winds of myth and legend over the years. But now the Ronin – and their secret treasures – have returned.

Ride out to find the lost Ronin and their treasures and find your own riches along the way. Each Ronin you discover pays handsomely, either as a scattered winning icon, a substitution icon, or as a key to free spins or even free games. Unlock the mysteries of the Ronin and turn fortune in your favor!

One of 3 features is triggered when the Koku appears on reel 3 with 2 or more Ronin anywhere.
Re-spins and free games are played at the lines and bet of the triggering game. Re-spin Feature Reel 3 is held, with Koku appearing on all positions, while the other reels re-spin from 3 to 10 times. 2 or more Ronin appearing anywhere on a re-spin awards an extra 3 to 10 spins.

5 free games are awarded, during which prizes are multiplied by 1 in the first game, 2 in the second, 3 in the third and so on. Any retriggering will award 5 extra free games. The feature can only re-trigger once, and will result in the prize multiplier continuing to accrue.

25 free games are awarded, during which prizes are tripled. Any re-trigger awards 25 extra free games.